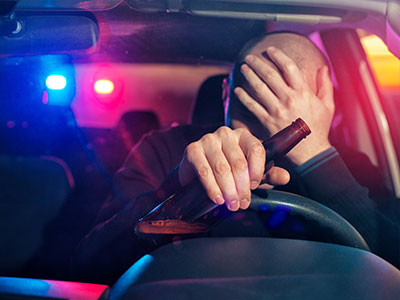 Indulging in alcoholic beverages, drugs, or other substances can quickly impair your judgment. While you may “feel fine,” that doesn’t mean you’re in the best state to get behind the wheel of a car and arrive at your destination safely.

Whether you were at an intimate dinner party with friends and had “one too many” or were out celebrating a momentous occasion with a night of partying, the law enforcement officer that pulls you over will not care about the reason why you’re under the influence. Georgia is one of the strictest states regarding DUI laws, and being pulled over for drunk driving can carry serious consequences.

What is Considered a DUI in Georgia?

While some states differentiate between Driving Under the Influence (DUI) and Driving While Intoxicated (DWI) — Georgia is not one of them. In Georgia, the term DUI is used to cover impaired driving under the influence of any alcohol, drug, or controlled substance.

There are a few different ways that a person can be found in violation of Georgia’s DUI laws:

It’s important to be aware that you can be charged with a DUI even if your BAC is below the legal limit. The prosecution would need to prove that you were mentally or physically impaired while operating a moving vehicle.

Regardless of the cause of the charges against you, you’ll want an experienced DUI attorney on your side to help you fight for the best possible outcome for your case. The Law Offices of Harold J. Cronk has represented many clients in Savannah, Georgia, and the surrounding areas, against DUI convictions. We’ll listen to your side of the story and do everything we can to seek fair treatment by the justice system and a favorable result for you.

What Happens After a DUI Arrest?

Even for a first DUI offense, you will be required to serve at least 24 hours in jail. You’ll then be released without your valid license, but a temporary license instead. It’s important to contact a DUI defense attorney as soon as possible who can guide you through the legal proceedings to come. These can include plea negotiations, hearings, trial, and ultimately, sentencing — where your specific penalties are set by the judge.

Penalties for DUI Charges in Georgia

There are certain penalties that all drivers convicted of a DUI will have to face. From jail time, probation, and license suspension to treatment programs, community service, and fines, the exact penalties for your DUI charge will depend on whether it’s your first or repeat offense as well as the strength of the defense for your case. Read more about the possible penalties for DUI offenses below:

Dealing with a DUI conviction can have lasting consequences on your life. If you’re facing any of the above penalties, you shouldn’t try to take on your defense alone.

Do I Really Need to Hire an Attorney?

Being charged with a DUI can bring about harsh judgment from friends, family, your employer, and other members of society that have access to your criminal record. For your best chance at a strong defense and a favorable outcome to your case, you’ll want a knowledgeable legal advocate in your corner who can fight on your behalf to see that this type of charge doesn’t ruin your life. When you need strong representation and defense strategy on your behalf in Savannah, Georgia, or the surrounding areas, call the Law Offices of Harold J. Cronk.