Penalties For A DUI In Georgia

Home » General blog » Penalties For A DUI In Georgia 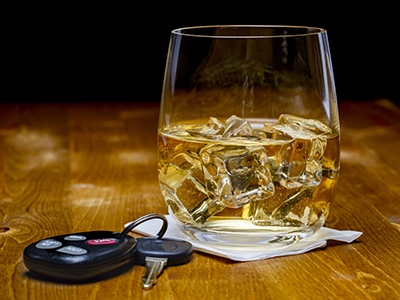 In the state of Georgia, operating a motor vehicle while under the influence of alcohol or drugs is considered a serious crime. Individuals who are convicted of DUI face strict penalties and consequences that have lasting effects on their future. The severity of the penalty will depend on several factors including the number of previous impaired driving offenses.

Our team of experienced criminal defense attorneys at the Law Offices of Harold J. Cronk, PC, has successfully challenged drivers’ license suspensions in drunk driving cases and have helped clients reinstate their driving privileges. We are always available to provide comprehensive answers to your questions about DUI penalties in Georgia.

In 2018, the state of Georgia ranked 23rd overall for drunk driving rates, with 308.7 DUI-related arrests for every 100,000 people. According to state officials, approximately 25 percent of the 375 traffic accident fatalities in Georgia, in 2019, involved alcohol impairment.

A DUI is considered a first offense if the driver has no previous DUI convictions. Generally, a first-offense DUI is a misdemeanor. Potential criminal penalties include:

A DUI is considered a second offense if the defendant has one previous DUI conviction within the past ten years. Generally, a second-offense DUI is a misdemeanor. Potential criminal penalties include:

Resulted in Death or Injury (Homicide by Vehicle)

If you are charged with a DUI that injured or killed another person, the consequences could become more severe. Possible criminal penalties that you could face include:

Child in the Car

In Georgia, you could be charged with child endangerment and DUI if you were found to be operating a vehicle while impaired by alcohol or drugs and carrying a child (an individual of age 14 years or younger) as a passenger. Possible criminal penalties include:

Under Georgia laws, such offenses will be charged separately for prosecuting and sentencing purposes.

How Legal Counsel Can Help

Our attorneys at the Law Offices of Harold J. Cronk, PC, will investigate every detail of your case and determine the best defense strategy. We will fight zealously to protect your rights and attempt to minimize your penalties. With our team on your side, you can anticipate the best outcome possible in your impaired driving case.

Don’t try to defend your drunk driving charges alone. Contact the Law Offices of Harold J. Cronk, PC, to speak with an experienced criminal defense attorney. Our team can protect your rights and determine your best defense strategy for a favorable outcome. We proudly serve clients in Savannah, Chatham County, Pooler, Tybee Island, and Thunderbolt, Georgia. Call us today to schedule a case evaluation.