How To Defend Against A DUI Charge In Georgia 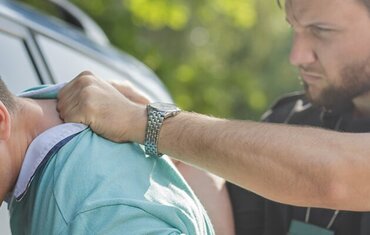 The first thing that should come to mind after being charged with a DUI or DWI charge is contacting an attorney. DUI is considered a serious crime throughout the U.S., and that includes Savannah, Georgia, where our law firm is located. Most importantly, there are serious, lasting effects upon your driver’s license, including a possible immediate suspension of your driving privileges just for being accused of the crime!

Is It Worth It to Fight a DUI Charge?

You might think it’s pointless to elicit the services of a DUI defense attorney. After all, DUI charges happen every day, right? Don’t people just get a slap on the wrist then go about their business? Isn’t it more hassle to fight for a clean record than it is to accept the consequences?

But what if you’re innocent? What if you could have gotten your DUI penalties reduced or dismissed altogether? What if an experienced attorney could have been the difference between probation, increased car insurance rates, and a permanent criminal record?

In sum: Yes, it’s worth it to fight your DUI charge. And for those in the Savannah, Georgia area, the Law Offices of Harold J. Cronk, PC is just the place to go for an experienced, aggressive criminal defense team.

What Happens When You’re Pulled Over for DUI?

When an officer of the law charges you with a DUI offense, the perception is that you were caught driving a vehicle under the influence of alcohol. To start their police report, the officer may claim that you exhibited any of the following suspicious behaviors:

After the officer halts you, their next step is to run checks to determine if you were in fact legally intoxicated. Here’s where it gets complicated. There are different sobriety tests that can determine your state of intoxication. However, the most plausible tests include gauging a person’s blood alcohol concentration (BAC) with the use of a breathalyzer, urine dialysis, or blood test.

In Georgia, if the officer administers a sobriety test and finds your BAC level is 0.08 or higher (or, if you’re under 21 years of age, 0.02 or higher), a criminal defendant is presumed to have violated the DUI statute.

Our job as your criminal defense law firm is to review all evidence leading up to and including your arrest in order to find weaknesses in the state’s case against you. For instance, an experienced DUI attorney can often identify mistakes made by the arresting officer. If the arresting officer administered your sobriety test incorrectly, did not follow proper protocol while making the arrest, or made another mistake, we can use that to strengthen your case and fight to get your penalties reduced or dismissed.

Whether this is your first, second, or any subsequent DUI charge, we can assure you that it is worth fighting.  Multiple DUI penalties include mandatory jail time and excessive testing and fines. If there’s even a slim chance of keeping a DUI or DWI off of your criminal record, why wouldn’t you make every effort to do so? Especially when you have a fierce and experienced legal team conveniently located in Savannah, at the ready to fight on your behalf.

If you’ve been arrested for drunk driving in Savannah, Pooler, Tybee Island, or anywhere in Chatham County, Georgia and its surrounding counties, know that the Law Offices of Harold J. Cronk, PC are here for you. With decades of experience and an aggressive approach to DUI cases, we have a track record of success that speaks for itself. Don’t put off getting the legal help you need. Contact us today so we can start building your defense.

Joe Cronk is a Dui and Felony (drug crimes and aggravated
assault) in Savannah, GA. Call For Case Evaluation - No Charge
- No Obligation (912) 236-4878