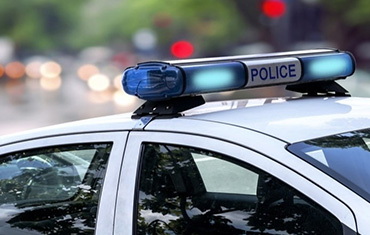 Georgia has some of the toughest drug laws in the country. Although there are a few exceptions, nearly all criminal charges involving controlled substances are felonies in Georgia.

According to the Georgia Department of Corrections, in 2019, Georgia admitted more than 8,900 men, women, and minor inmates for drug offenses, nearly 3,900 for first-time offenses. Not only do convictions often result in incarceration, probation, or rehabilitation, they can also result in lost jobs, homes, and personal relationships. With so much on the line, hiring an experienced drug crime attorney is crucial if you’ve been charged with or are being investigated for a drug crime.

For more than 30 years, the Law Offices of Harold J. Cronk, PC, has been defending clients in Savannah, Georgia, and surrounding communities for drug offenses related to illegal and prescription drugs. We will stand by your side and help you fight to protect your rights.

The most prevalent charges for drug offenses fall into five categories, each carrying its own degree of severity:

The Georgia Controlled Substance Act identifies a “controlled substance” as any drug, substance or immediate precursor listed in Schedules I through V. The Schedule numbers reflect the “seriousness” of a drug, based on several factors including the potential for abuse, whether or not the substance has any approved medical use, the likelihood of addiction, history and current pattern of abuse, and risk to public health.

Schedule III, IV, and V drugs all have medical uses but varying degrees of risk for abuse and dependence, with V having the least risk.

The lower the schedule number, the higher the penalties if convicted. Even a conviction for possession of a Schedule V substance can result in one to five years in prison for a first-time offender. In every conviction, even without prison, offenders lose their driver’s licenses for varying periods of time from six months to two years.

Defense for Drug Crimes in Georgia

A good criminal defense attorney will explore multiple avenues to prove innocence, get charges reduced, or in some cases, get charges dropped altogether. Those strategies might include proving:

How Legal Counsel Can Help

Drug charges are matters of degree, based on both actions (possession, selling, manufacturing, etc) and on the type of controlled substances involved. Penalties also increase with repeat convictions. It’s complicated. And that’s why you need a highly experienced criminal defense attorney who knows how to take the unique set of circumstances in your case and present them in a manner that garners the best result for you.

Don’t gamble with your future. Fight for it. Start by calling us today!